My Simple Birth Story + a Confession 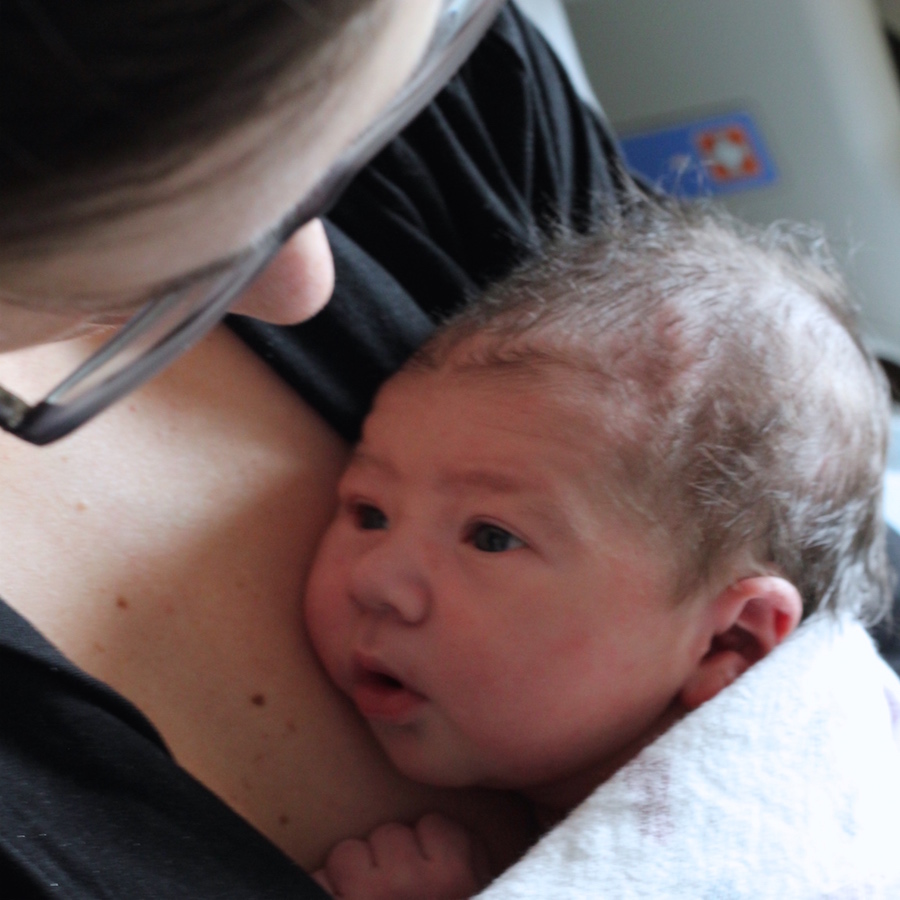 I have to confess, I enjoyed labor and delivery with my first baby. Until now I haven’t really talked about my first birth story. This is because it went so smoothly that it was seemingly not feasible for real, common-folk (myself included). My birth story seemed so different than many of the ones I had heard leading up to his birth.

Socially acceptable words to describe labor typically include: miserable, painful, traumatic, horrible, awful, excruciating…you get the point. I was fully expecting all these things. Nobody told me it could be good.

But to my surprise, it was good.

But that’s not what you see in the movies. And I didn’t see much of that in the dozens of YouTube birthing videos I had watched either (ew, I know–weird). When it came to childbirth, I wasn’t really prepared for The Good.

I was fully expecting The Bad and The Ugly.

But there were no drugs. There was no screaming. No blaming my husband for what he did to me. It was fairly pleasant and, dare I say, peaceful process.

It was the Fall of 2013. I went into labor at 9:00pm on a Friday. At which time I decided I should probably finish writing my last final paper for the doctoral course I was completing. By 10:00pm my paper was haphazardly submitted. In hindsight, I should have included a footnote that said “grade gently, this paper was written in labor”.

At this point we called our doula who talked with us on the phone–and then decided to make her way to our house. I spent the better part of the next several hours laying on the sofa in her company while in back labor. Which brings me to my first hate-worthy confession.

Between contractions, I slept the majority of the time during labor (please don’t hate me).

By 3:30am, the doula decided we could probably head towards the hospital based on how close together my contractions were coming.

I woke my husband, Mr. B. up from his peaceful slumber (I like to give him a hard time about sleeping through labor, but let’s be real, so did I). I would like to say that we jumped in the car to head to the hospital. But my labor had moved into what is called the “transition” phase. Which means contractions were coming about one minute apart. Walking was difficult. Riding in a car was even harder. Therefore I did not “jump” in the car and hit the road. I think it took 10 minutes to walk 10 feet to even get to the car.

Once in the car, we had a 25 minute drive to the hospital in the middle of the night, which fortunately meant no traffic–which was a large fear of mine. Up until this point, I like to think I was actually pretty nice and pleasant to be around even though I was fairly uncomfortable.

This was until Mr. B. pulled off to the side of the road for a passing ambulance. I was unable to talk, but I was taking mental notes of things for which I should never forgive him. It is important to note that pulling over for an ambulance that should probably be carrying your wife is an unforgivable act of public safety.

We arrived at the hospital and quickly got settled in to a room. The nurse checked to see how far dilated I was and told me I was 9 centimeters, almost complete. Which brings me to my second hate-worthy confession. When the nurse told me I was almost done with labor my first thought was…

That’s it? That wasn’t so bad.

Of course I didn’t say that out loud because even in the throws of labor I knew that was a wildly inappropriate thing to say. Labor HAS to suck, right? That’s what I had been led to believe at least.

Shortly after this it was time to begin pushing.

I liken pushing to stabbing myself in the foot with an ice pick. Two and half hours later, we finally had a baby. Our son had swallowed a sizable amount of meconium and had to be suctioned by a team of nurses from the NICU, but other than that–he was perfect in every way.

And all in all, labor and delivery was kind of great. There, I said it. It doesn’t have to suck.

I don’t think it was all luck either. We had a great deal of education going into childbirth. And with the help of our lovely doula, I was able to stay calm and manage my fears throughout the process.

The most important thing I took away from our natural childbirth class was that managing the emotional piece is one of the most critical parts of labor and delivery. Fear and stress slow things down and create a more difficult experience. Knowing this made a world of difference for me, personally. But I do think I must have been a bit lucky too…maybe I will be eating my words for the next go-around?

My birth story for baby #2 was a little different. You can read it here.

Written by Denaye of Simple Families