For the Love of Skinny Babies 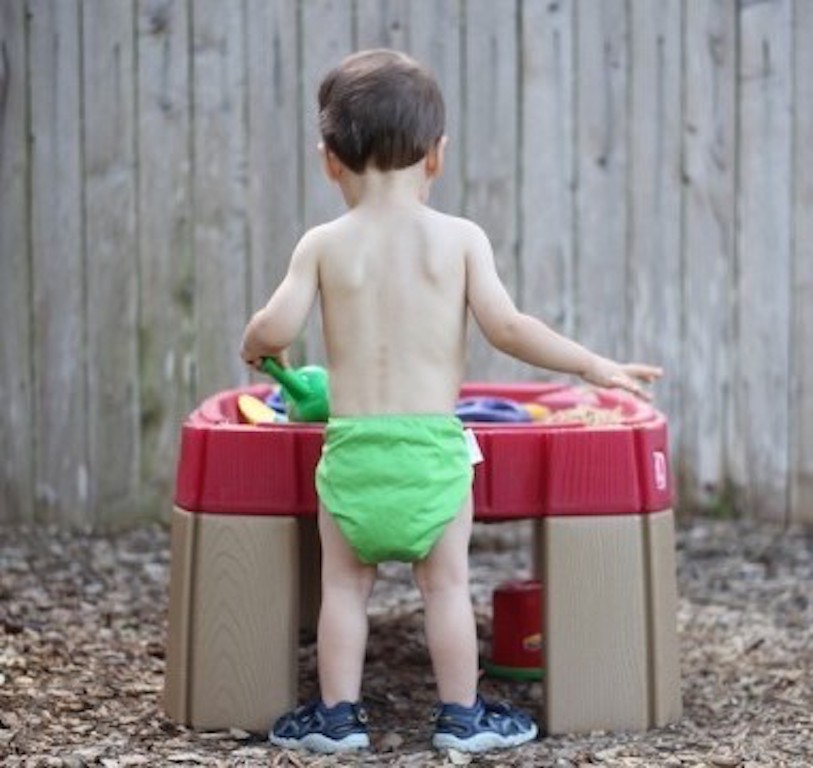 Who doesn’t love a chunky baby? My son was a big baby at birth. He received a lot of praise from family members for being “a big, healthy boy”. But by 3-months, he had dropped into the 5th percentile for weight. Yes, that is single digit “5th”. The pediatrician told me he was perfectly healthy–he was exclusively breastfed and sleeping through the night. But I was still worried. Because after all, aren’t healthy babies big? Isn’t a big, chunky baby a sign that I am doing a good job in this “Mom” business?

I worried for months. I thought maybe at 6-months, when he started solids, that he might finally start “bulking up”. He didn’t. Despite the fact that he eats like a grown man most of the time, I have a skinny baby.

Believe it or not, there is research that shows certain types of parenting might actually lead to skinnier babies.

A group of parents were taught two key skill sets: one during early infancy and one after the infants started solid foods. In early infancy, parents were taught to cut back on feeding for non-hunger-related fussiness; later on in infancy the parents learned how to watch for hunger and fullness cues with feeding solid food. The parents who received the education, had babies who were, on average, in the 33rd percentile. This compares to the regular population which is obviously the middle of the road average–50th percentile.

So the parents who were using their newly acquired parenting skills had babies who weighed less.

Parenting skills and genetics are intertwined. Each child is born with a genetic blueprint for their predetermined size and shape. Some babies are supposed to be chunky. Some babies are supposed to be skinny. Along with this blueprint, they have the innate ability to eat the right amount of food to support their body type. As parents, it is our job to let a child choose the right amount of food for themselves–with no pressure to eat more or less. My kid is genetically inclined to be long and lean–his father and I are both built that way as well. But the way he is parented has allowed him to stick with his blueprint.

In our house we live by the cardinal rule of feeding infants and toddlers: The grown-ups pick the food, and the kids decide how much they are going to eat–or whether they are going to eat at all. We are careful to never pressure or encourage to eat past the point of fullness–and as a result our son has developed a pretty keen ability to self-regulate his food consumption. Unless it’s blueberries. And then all bets are off and he will eat himself sick.

We also don’t use food to soothe fussiness. From the time he was a newborn, we were careful to learn to read his cues and understand when he was crying for milk, or crying for non-hunger related reasons. And now at 18 months, we never pack him full of snacks to keep him quiet and calm–because this equates with emotional eating.

Reading this research changed my tune–maybe being skinny isn’t a bad thing for babies. And maybe I am doing OK. We eat healthy in our home, and although our little guy eats a lot of good fats–his diet is otherwise quite conservative. I feel strongly about him developing a taste for healthy food from the very beginning. I am sure we could “bulk him up” if we really tried–but that is not in the plans. He is perfect just the way he is. He is growing according to his own blueprint.

So maybe all this means the Mama’s of skinny babies aren’t doing bad after all? Any Mamas of Skinny Babies feel the same way as I did?

To all the Mama’s of Chunky babies: You are doing a great job. If you have a chunky baby, you very likely have a baby whose genetic blueprint is to be big. And that is perfectly fine. It is important to remember that just like we should never pressure young children to eat more, we should never restrict them from eating too much. Children decide how much they need to eat. But it is the parent’s job to fill those healthy appetites with good, nutritious food.

By Denaye of Simple Families