A System to Limit Screen Time 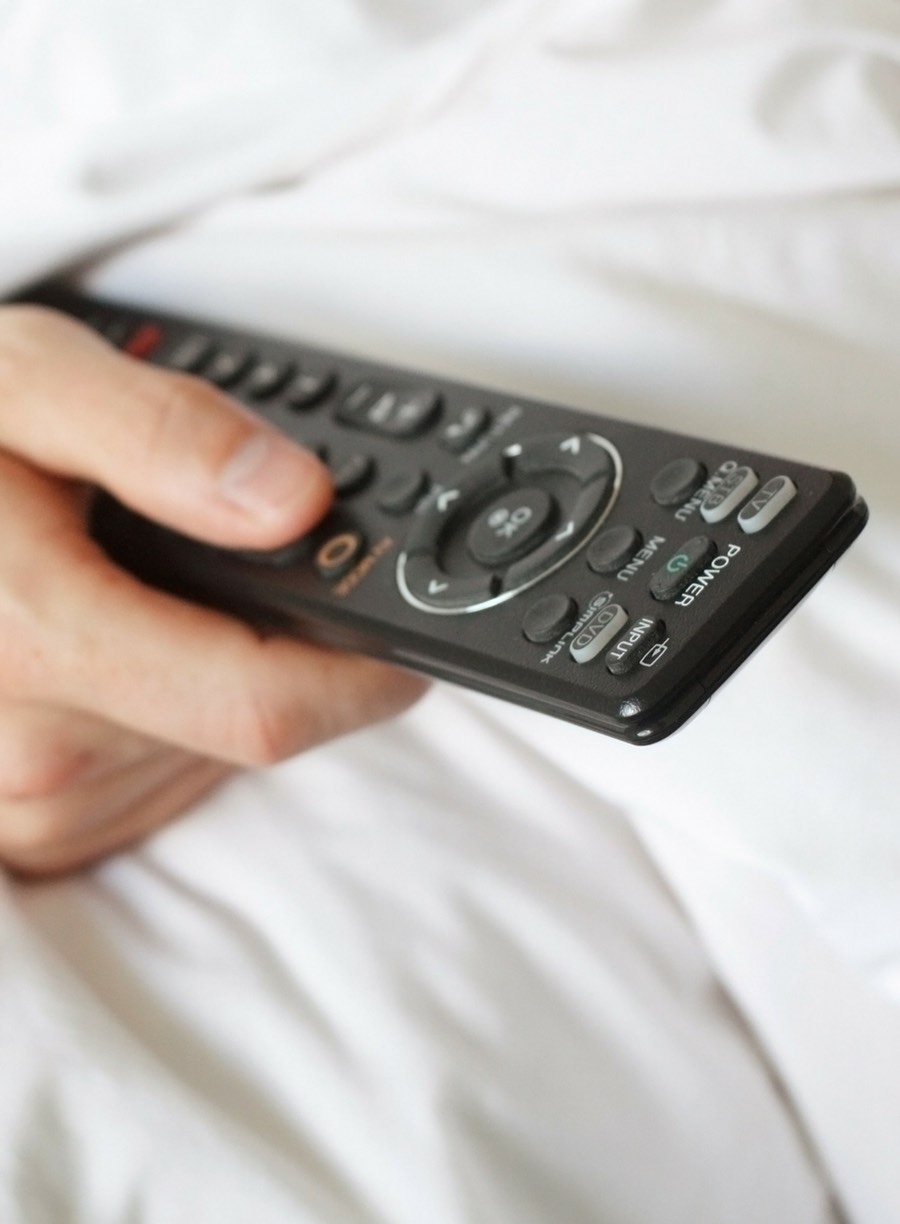 It had been a very long day. I was potty training a toddler and surviving with an infant taking 45-minute naps. As bedtime grew near, the toddler told me, “Mama, I give you hug.”

I welcomed his sweet embrace.

He pulled my ear close to his mouth and whispered in his softest 2-year-old voice, “I watch 5 minutes George. Last time. ‘Peas.'”

This very same request for Curious George had been made approximately 865 times that day. He drives a hard bargain for a 2.5 year old. The other thing he drives: his mother crazy.

Unfortunately for him, I run a tight ship. Particularly as it relates to screen time. He gets very little. With summer coming, I refuse to let him turn into a zombie in front of the television.

Generally I pick my battles. This is one I am willing to go to war over.

But that doesn’t stop him from asking.

Our summers in Texas are hot. We mostly stay indoors. Until we get some pretty regular poo poos/pee pees in the potty and the baby starts napping well — we are going to be spending a lot of time at home.

At home, I get to wear the hat of the fun police. “Whee-ooo, whee-ooo, whee-ooo.” I use siren noises when I enter the room to indicate that I am about to be a total buzz-kill.

I spend most of my days killing fun. Get dressed. Eat lunch. Clean up. Brush your teeth. Wash your hands.Mom’ing involves issuing a lot of directives and pulling kids away from fun on a regular basis.

Frankly, I was tired of saying “no, you can’t watch TV.” I needed a system to prevent the battle for screen time from taking over our lives and driving away the very last ounces of my sanity.

But I am happy to say we now have it. A simple screen-time regulating system that enforces itself. 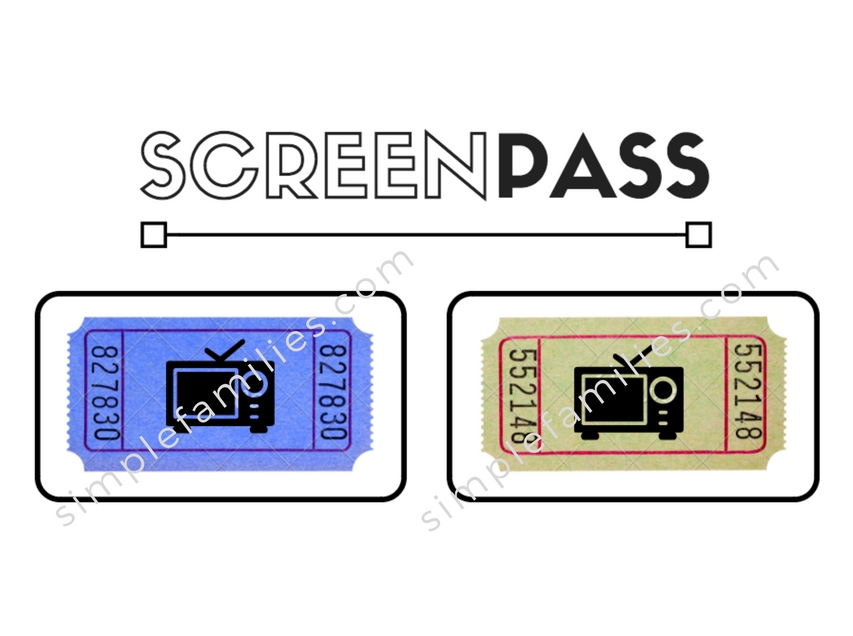 Here’s how it works

In our house, my son can now request screen time twice in the morning and twice in the afternoon. He does so by going to the refrigerator, pulling off a “Screen Pass” (1 of the 4 per day) that is worth 15 minutes of screen time, and handing it to me.

I then let him choose what he wants to watch. I set a visual timer for 15 minutes above the TV. 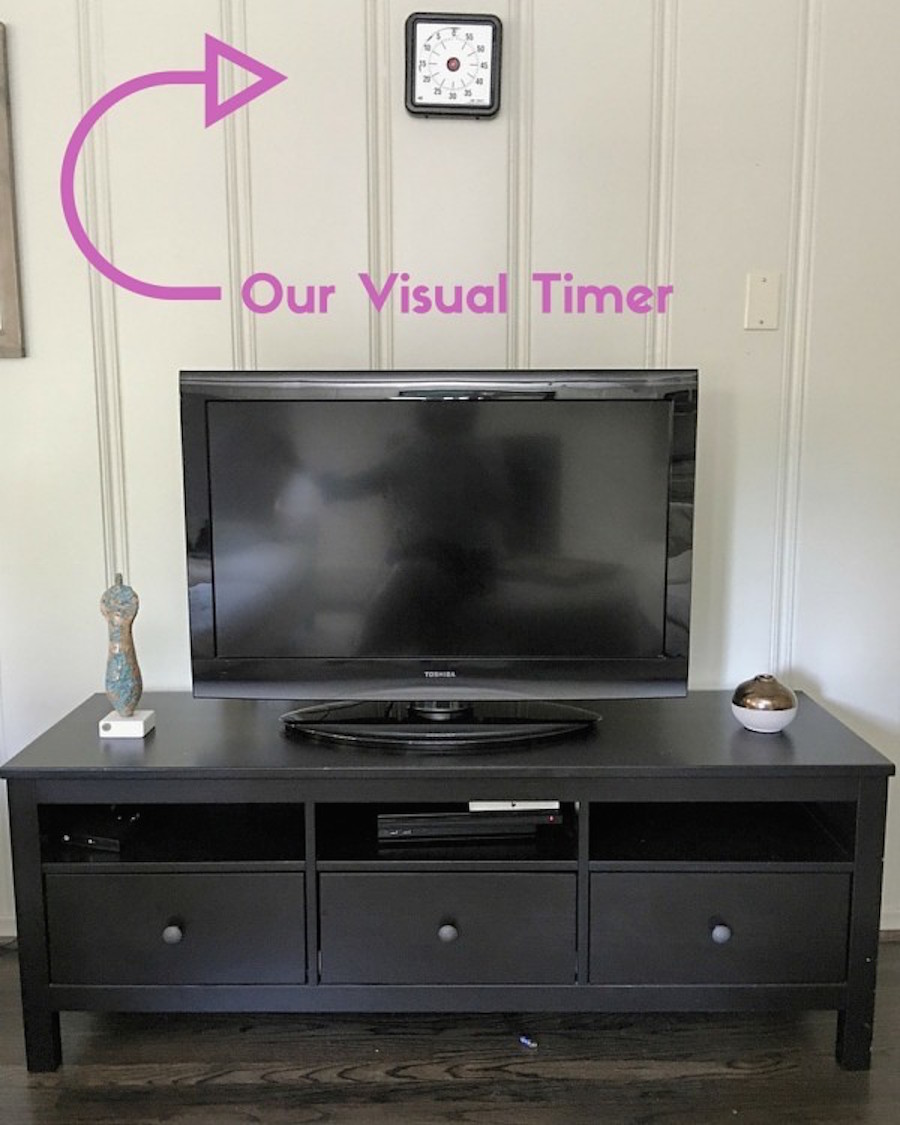 He can easily reference the timer to gauge how much time he has left. At the end of the 15 minutes, the timer makes a “beep” and my son picks up the remote and turns off the TV and goes to play.

He gets 15 minutes on the visual timer. Which is an easy way for a 2-year-old to tell time. 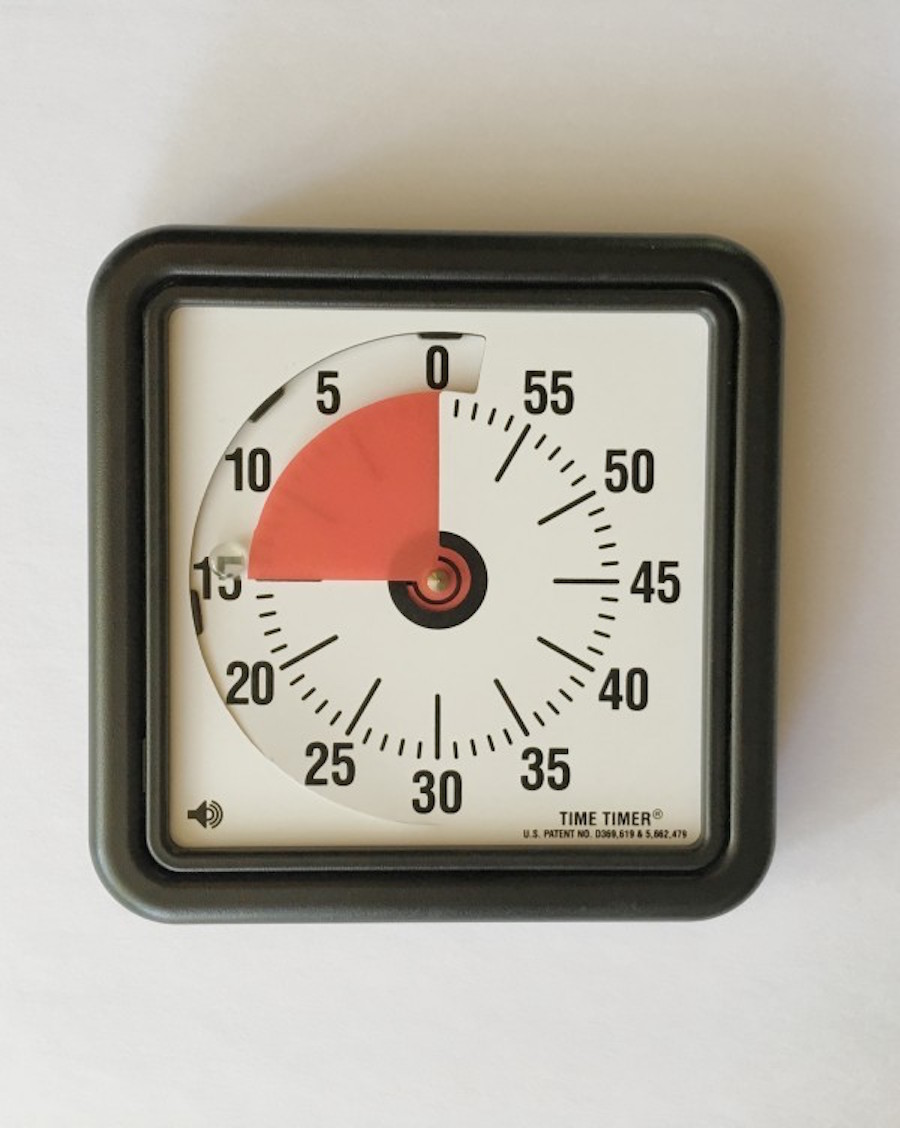 Here’s why it works

And it works impeccably.

There is no power struggle. We both win.

When I say the system enforces itself — I mean that it’s not my fault anymore. It’s not me saying no.

If he asks for screen time past what the Screen Passes offer, I really can’t help out. The rule-making-gods have spoken, there are no more Screen Passes. I can’t pull Screen Passes out of my you-know-what. Rules are rules and it’s 100 percent visual for him to understand at even the youngest age.

I am just the messenger.

If you want to get the Screen Pass System started in your house, you can download the printable passes. Purchase a visual timer on Amazon to get started.

And guess what? This also works for snacks. Do you have a kid that asks for snacks all day long? Snack Passes might change your life. 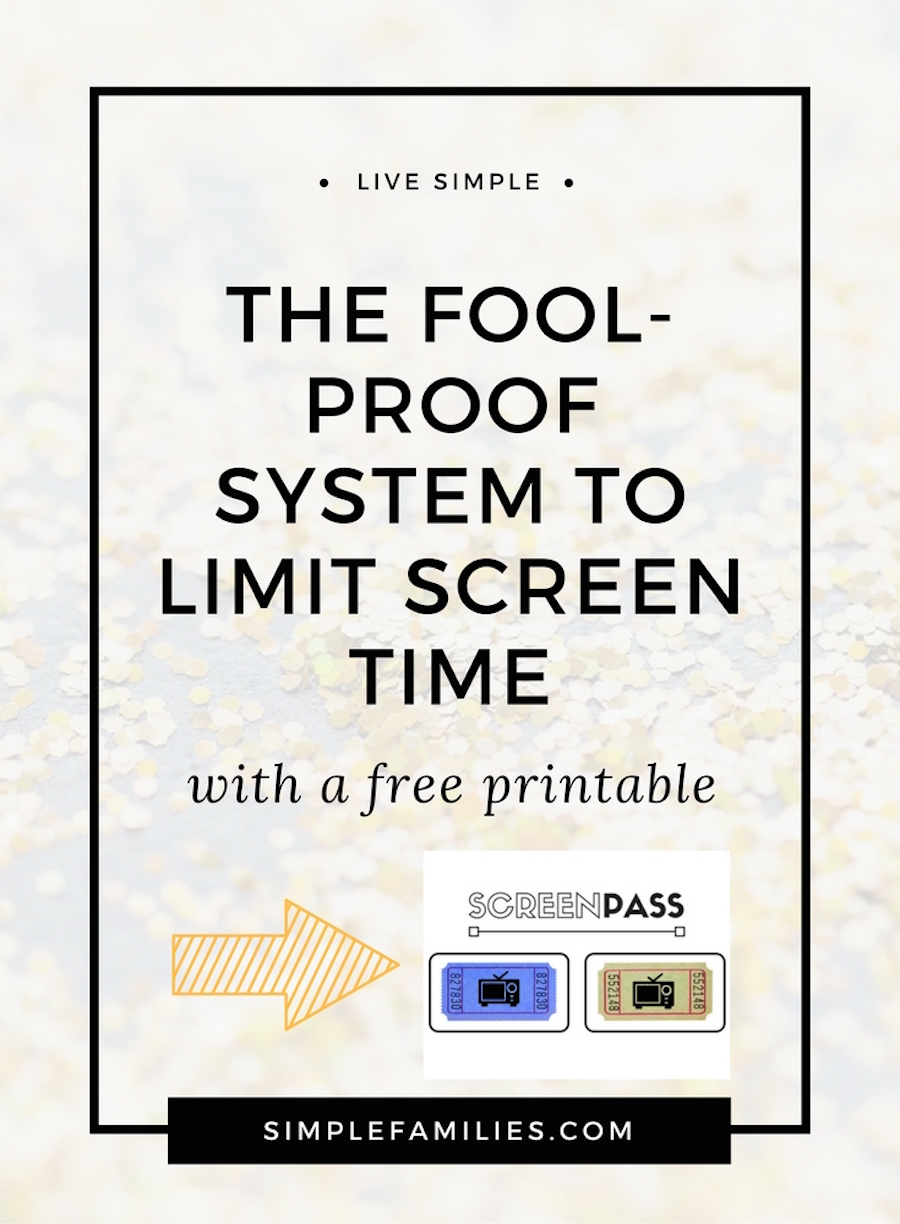